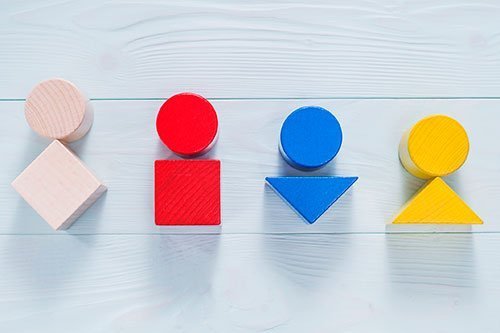 Eating disorders are very misunderstood by the general population. There are certain stigmas that come to people’s minds when you hear “eating disorder”, many of which are simply untrue and frankly, just rude. Here are some stigmas that I have come across as a professional in the mental health field.

“Anyone with an eating disorder is severely underweight”

False. I say this one first because it’s my personal favorite to debunk. I don’t know how many times I have heard  “Well… she doesn’t look like she has an eating disorder”. I always ask myself “what does that even mean?”. Translation: Your distress is not “real” unless you appear severely underweight. Yes, some individuals are severely underweight, but the majority are actually at a normal weight and/or overweight. That being said, weight is not the only indicator for determining diagnosis or health status, as we know that people can be at his or her normal, healthy weight and still be malnourished.

There are many different types of eating disorders (ED) with the most commonly heard of being anorexia and bulimia. Anorexia nervosa involves intense fear of gaining weight and/or distorted body image despite being underweight. Anorexia nervosa is associated with restrictive food intake, preoccupation with calories, and compulsive over-exercising. Bulimia Nervosa involves an obsessive fear of gaining weight and a distorted body image manifesting itself in binge eating followed by self-induced vomiting, over-exercising, laxative/diuretic abuse, or fasting. This cycle causes immense guilt and shame, further fueling these compulsions. However, there are many more types of eating disorders including binge-eating disorder, avoidant restrictive food intake disorder, and more. For more information, visit us at eatingdisordersolutions.com

“Eating disorders are a choice”

Eating disorders are about much more than “just weight”. It is so complex that one blog could not possibly summarize the intensity or underlying causes of this mental illness.  Eating disorders do not discriminate. It is not what is shown on television as the “rich, blonde, popular cheerleader who wants to lose weight so she can fit into her prom dress.” Eating disorders come from all different backgrounds, socio-economic status, race, gender, and age.

Lastly, this one is not as much of a “stigma” but something I would really like to address. I have had this conversation almost every time I say that I am a registered dietitian who works with eating disorder patients. “I wish I had that problem, but I like food too much. Maybe I should see you (laughter)”. No one who truly understands or has seen the destruction of an eating disorder would “wish” to have one.

Individuals with anorexia, between the ages of 15-24, have 10 times the risk of dying compared to their peers. I find that statistic staggering. I found my passion in working with clients suffering from eating disorders or disordered eating. I want to change that statistic, but first, we need to increase the awareness and acceptance of individuals suffering from this mental health issue. Help us be that change.